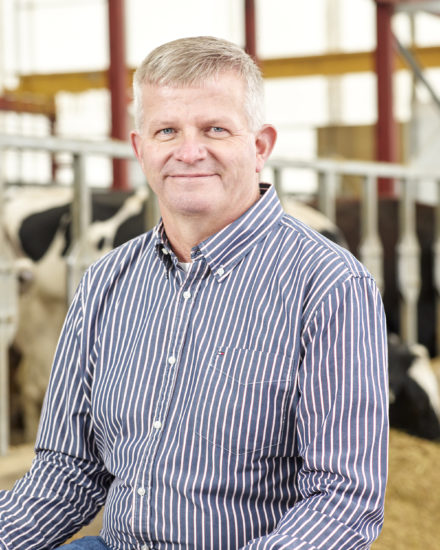 EDMONTON, ALBERTA – Stuart Boeve was elected as the new chair of Alberta Milk at the Alberta Milk Annual General Meeting that was held on November 18, 2020. Boeve succeeds Tom Kootstra who served as chair since 2016.

“I’m honoured to be elected to serve dairy farmers across Alberta and I’m committed to ensuring our organization is best positioned to be a strong partner in our industry,” says Boeve. “I’d like to thank Tom for his years of leadership and as well as the board members for their trust in me. I look forward to continuing to work together with the members of the Western Milk Pool and the P5 in supporting the Canadian dairy industry.”

Boeve has served as a delegate for Alberta Milk since 2009. He previously served as the vice chair and participated on various industry committees including Canadian Milk Supply Management, Western Milk Pool, and transportation. He has grown forages and managed the dairy in southern Alberta for over 25 years with his family.

“The next chapter of Alberta Milk’s leadership is undoubtably bright,” says Kootstra, who chose not to run again. “It has been an honour to serve the dairy farmers in Alberta. I depart with incredible pride and gratitude, not simply because of my role as chair, but because I have stood with some of the best.”

Alberta Milk would like to acknowledge and thank all three outgoing directors: Tom Kootstra, Martin Van Diemen, and Albert Kamps. They have over 30 years of combined dairy industry experience. The board welcomes Mike Vanden Dool, JP Brouwer and Wim Van de Brake as new members on the board of directors. Director terms are three years and the chair role is elected annually.