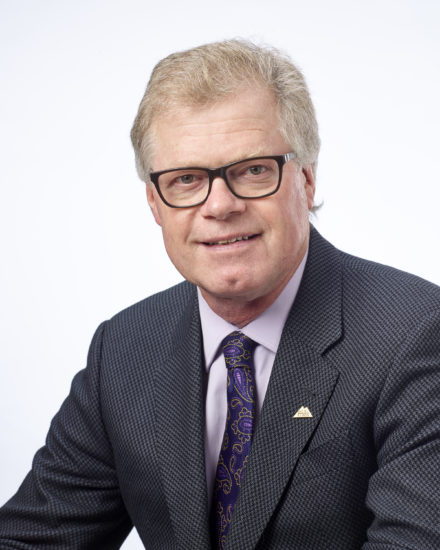 As I reflect on 2018-19, I am again astounded at the work that has been done in addressing the vast number of topics we have faced over the past 12 months, the details of which you will find highlighted in this annual report.

Pressure on supply management continued during the negotiations that lead to the new North American Free Trade Agreement (NAFTA), now called the Canada-United States-Mexico Agreement (CUSMA), on September 30 and officially signed on November 30. Under the agreement, the Canadian government has sacrificed a piece of our supply management system. The CUSMA dairy concessions consisted of increased access to US imports, removal of Class 7, US oversight into the administration of our Canadian dairy system, and tight restrictions and a surcharge on Canadian dairy exports. DFC estimates that the combined market access granted under CETA, CPTPP, and CUSMA represent an annual loss equivalent to 8.4 per cent of milk production.

I was extremely pleased that following the announcement that CUSMA was signed, our industry received unexpected groundswell of support from Canadian consumers across the country. We saw a signiﬁcant increase in consumers who wanted insurances they are buying Canadian dairy products.

In response to the signing of CUSMA, the federal government established a mitigation working group for the industry to provide input on compensation and mitigation as a result of the impacts of previous trade deals: the Comprehensive Economic and Trade Agreement (CETA) and the Comprehensive and Progressive Agreement for Trans-Pacific Partnership (CPTPP). I was pleased to be part of this working group which presented their findings to the federal government in time for the March 2019 federal budget. As a result, the federal budget contained a funding envelope of a total of $1.75 billion for dairy.

I was also pleased to be part of the Dairy Farmers of Canada (DFC) strategic planning process as they undertook a major review in order to adjust to the changes in the industry and to ensure that they continue to be a strong and efﬁcient national organization. As a strong supporter of DFC, Alberta Milk welcomes the new era DFC 2.0.

This past year also presented local challenges such as the development of municipal development plans that are being introduced in some municipalities. While Alberta Milk is not directly involved, we provided support to the many producers who stepped forward to address these issues. These proposed plans which create “exclusion zones” for livestock development will impact our farms. Agriculture seems to be losing some of its representation on local county councils and we can no longer assume everyone in the county supports farming as we are losing connection with some of our own neighbors in our communities.

Alberta’s new Occupational Health and Safety (OHS) technical rules for farms and ranches came into effect on December 1, 2018. The requirements of the OHS legislation are applicable for farms and ranches with waged, non-family workers. The newly formed AgSafe Alberta Society has tools, resources and services available to help farmers interpret the legislation.

The revised Canada Food Guide was released on January 22. The new version lumps dairy into the protein suggestions and eliminates the milk and alternatives category. This change was part of the federal Healthy Eating Strategy. The next phase addresses front-of-pack labelling whereas the government is proposing to put warning signs on food that they classify as unhealthy by looking at the levels of sugar, sodium and saturated fat. Some dairy products, despite the high nutrient density of these foods, will be labelled.

Our involvement with the poultry industry under the supply management (SM5) banner was active as we entered into a provincial election in April that resulted in the United Conservative Party government being elected. We welcome the Honourable Devon Dreeshen, a fifth-generation local farm owner, who was named Minister of Agriculture and Forestry.

Each year, I recognize the directors that have stepped down from the Board. This year I am honoured to recognize and thank Lorrie Jespersen who reached the nine-year mandatory step-down provision in November. We thank Lorrie for his contributions to the Board. It is with profound sadness I recognize the loss of fellow director, Pieter Ijff. It was a great shock when on January 3, 2019, we heard of his sudden passing. Pieter has been missed. We miss his integrity, humour and leadership.

I must also acknowledge the pending retirement of our general manager, Mike Southwood who will be leaving us at the end of November. As our first general manager over the past nineteen years, Mike helped lead the transformation of our organization to a marketing board. Working with the Board of Directors, he has brought together the staff of Alberta Milk into a strong dedicated team. I know as he leaves Alberta Milk, he has the respect of the directors, staff and all members. His contributions to the building of the culture at Alberta Milk is recognised and very much appreciated. We wish you well in retirement, Mike!